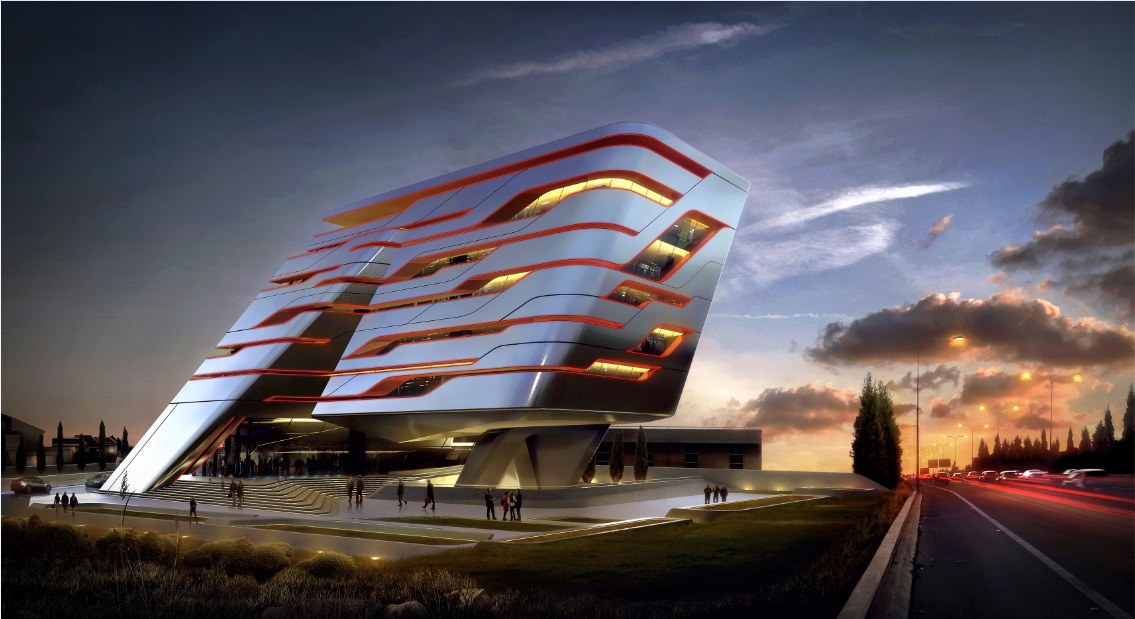 Ventus Tower is the leading edge of architectural design and the first superstructure building in Cyprus. The vision is to create a flagship development meaning a significant, high profile development that can play an influential and catalytic role in urban regeneration. Its advantageous visible position at the most high mobility motorway of Limassol city, makes the tower one of the greatest assets for the enterprise which seeks establishment in Cyprus. The idea is motivated by the following key factors.

When it comes to society and human progress, thinking differently is the keystone of the evolution.

With a unique workplace environment and an unobstructed view, the tower is designed to trigger the imagination of its users.

Elegance is not a dispensable luxury but a determining factor for success.

Ventus Tower is designed with bold features to welcome and accommodate the office needs of a
prestigious company pursuing for establishment and promotion in Cyprus, the wider Mediterranean region and Europe. In exploration for the brand identity, the dynamic space character along with the aim for spatial flexibility and structural complexity are the key aspects that generated the stunning Ventus.

LOCATION IS THE MILESTONE

In recent years the area is transforming into a new commercial area of Limassol with unique features being crossed by the main motorway which unites the two large roundabouts of the city and is used as connection road of Paphos – Nicosia and Paphos – Larnaca cities. From the high-speed highway and frequency motion there is an unobstructed visual contact of the study area without influences from neighboring developments.

Through research and data interpretation, the parameters of the plot are responded to create a brand in the region. Therefore, is attempted to produce a landmark tower in contrast with the existing data conservatives, with a supra local character which makes it a reference point. The plot which is part of the building it is probably the only one large scale in the region that provides valuable synthetic potential as height growth office spaces which can accommodates up to 300 employees.

THE DYNAMIC EXPERIENCES OF SPACE

The proposal pursues reversal and activation of space through the data interpretation and requirements for the production of a highly original form. The study’s trigger is the changing dynamic activity of the motorway, together with analysis and interpretation of speed flow and movements relationship. The building manages the meaning between observer and visual field with differentiation from conventional geometric forms, unfolding special senses in the experience of space, creating a visual interactive communication with urban environment and passersby.

The tower is formatted and organized into 9 levels of 4550 m2 total growth, consisting of the basement which intends to function as parking and storage space, the ground floor as reception, control and information, the mezzanine, 5 levels of office facilities, and the sky deck including a unique open air meetings area, screenings and gathering with plenty background view of the city and the sea. All the mechanical installations and water tank are located in the basement level.
Interested in getting your hands on a floor or even the whole building? Contact us now to give you all the information.